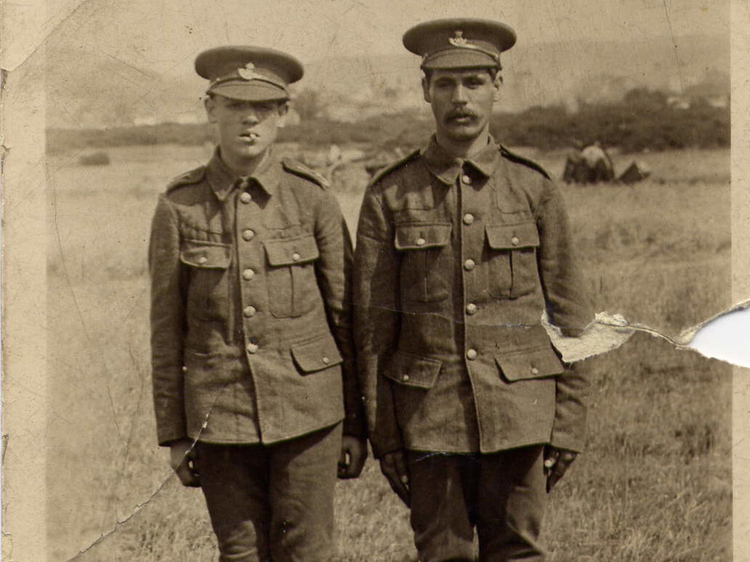 If, like me, you had relatives who fought in the First World War, you may have missed the fact that it is precisely 100 years today that Yugoslav nationalist, Gavrilo Princip, assassinated Archduke Franz Ferdinand of Austria. On that same day, the Austro-Hungarians declared war on Serbia.

Russia subsequently mobilised its armies in support of Serbia and Germany invaded Belgium & Luxembourg before attacking France, this last action causing The United Kingdom to declare war on Germany.

That such a sequence events beginning in central Europe could lead to such devastation is almost incomprehensible today.

My own grandfather, George Millward (on the right in the above picture), a miner, enlisted on 11th March 1914 and served in the Durham Light Infantry, 8th battalion. Serving only 238 days, George survived the war but later died in 1939 following illness caused by wounds suffered in the conflict.

Alongside George is one of his brothers, Levi or Robert – I have never known for sure although Robert and George were both measured at 5 foot 6 inches at attestation which leads me to believe this is Levi.